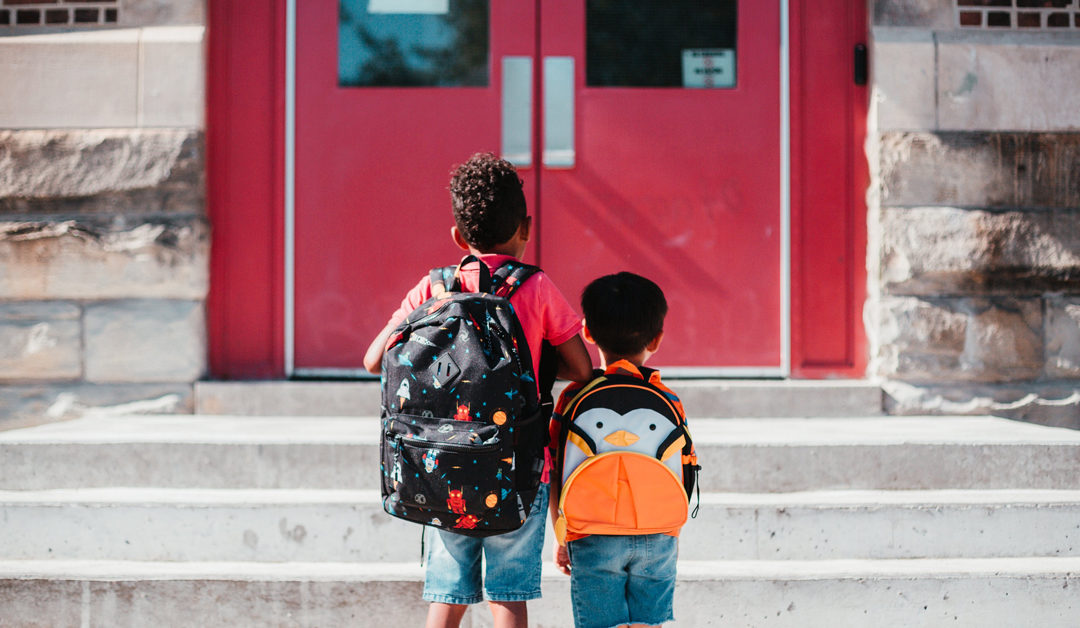 Last month, when the Oregon Department of Education announced its new guidelines for school re-openings, one group was listening closely: school nurses.

Before the pandemic, an Oregon school nurse’s job description was already daunting. Charged with individualized care for students with identified health concerns, they address the needs of students on individualized education plans (IEPs) as well as provide support for mental and behavioral health, communicable disease prevention, and health education for students, teachers, administrators, and staff.

With coronavirus, their workload has increased. “Right now administrators are focused on comprehensive distance learning,” says Jamie Smith, who coordinates school health services for Multnomah Education Service District (MESD). “Prioritizing health services is a whole new world to them. But nurses need to be there, to continue to provide services for kids as they start coming back.” Fortunately for everyone, nurses have been prepared for managing a communicable disease outbreak.

Yet at the pandemic’s outset, many nurses were scarcely included in their district’s pandemic response. In time, the ODE, OHA, and governor’s office began recognizing their value and expertise.

“They eventually worked with us to operationalize their response,” says Heather Godsey, a nurse consultant for MESD and president of the Oregon School Nurses Association (OSNA). “With the implementation of the Healthy Schools plan, they’re working harder now to include us.”

But while MESD and other large districts rely on school nurses as key collaborators in directing and implementing their COVID strategy, individual nurses in smaller districts are still struggling. Wendy Niskanen, a school nurse at Klamath Falls City Schools and OSNA’s past president, believes school administrators and the public have a misconception of the school nurse’s role.

“We’re not the Band-Aid brigade or the lice lady,” Niskanen says. She believes most Oregonians may not realize school nurses are often just as qualified as those working in a hospital. “Individual nurses need to reach out to solidify their COVID response role with their health departments,” she adds.

As the pandemic enters its second year, these nurses embody the disconnect between educational policy and public health. A hundred years ago, as influenza was decimating populations across the U.S., schools in major cities were considered safe zones because substantial investments in infrastructure, personnel, and public health had fortified them.

The current crisis highlights the fact that school health has for years been funded on the back of education: as resources become more scarce, school nurses must rely on a constantly shrinking school budget.

Besides budget concerns, two issues potentially undermine school nurses’ effectiveness. First is capacity: the state recommends one nurse for every 750 students, but last year only 4 of its 197 public school districts met these criteria. Eighteen had ratios of at least one nurse per 1,500 students, and statewide the 2019 nurse-to-student ratio was approximately 1:2,350. Thirty percent of districts reported no nurses whatsoever.

“COVID provided a catalyst for prioritizing school nursing,” says MESD’s Jamie Smith. “We hope schools recognize the need for nurses and prioritize the financial support to keep them there.”

The second issue is that of certification. State law requires school nurses be certified by the TSPC, which licenses teachers and administrators. These requirements can be waived if an RN holds national certification; many districts apply for exemption to hire a non-TSPC-certified nurse.

Yet for Jodi Peterson, health services management coordinator and district health authority for Salem-Keizer Public Schools, whose ranks include seasoned RNs and LPNs as well as former ER nurses, labor and delivery nurses, and pediatric nurses, adding another certification seems redundant. “During an epidemic, it’s not the best timing,” she says.

“There’s no statewide structure for school nursing,” argues MESD’s Smith. “Oregon would benefit from clear oversight and protocols when it comes to school nurses and from providing them additional resources. When a district buys a nurse, it should know what it’s getting.”

“Consistent, continuing collaboration between OSNA, ODE, and OHA will benefit all school communities in Oregon,” Godsey says. Still, in 2019, the NASN counted Oregon’s student-to-nurses ratio as the nation’s eighth-highest. School budgets remain in peril, and students are still struggling. For the state’s school nurses, the climb is long and steep, and progress is slow.