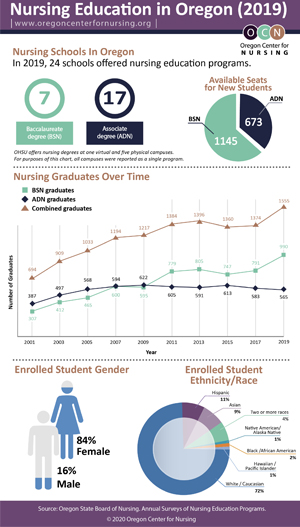 OCN staff also looked at program distribution across the state. They found eighty-seven percent of baccalaureate seats were in the Portland Metro area. Eighty-one percent of associate degree program seats were outside the Portland area.

“The accessibility of associate and baccalaureate degree nursing programs contributes to the maldistribution of nurses in the state,” said Bitton. “As the state considers whether communities have an adequate nursing workforce, the pipeline must be evaluated.”